Lately, I've been watching old Ed Sullivan reruns on the digital broadcasting channel and there are many Black comedians who were either underrated or seemed to disappear from the planet by the time us Gen X's were old enough to understand. I've also discovered other old programs that show an entire host of funny chocolate folks, like Mr. Watson but here's a couple of videos you might like.

This is a new feature I chose to add because 1) Life's too short to not get in a good laugh at least once a week, and 2) I would like to shine a brief light on those comedians that may not be household names today.
Posted by J.Swindell at 4:00 AM 0 comments 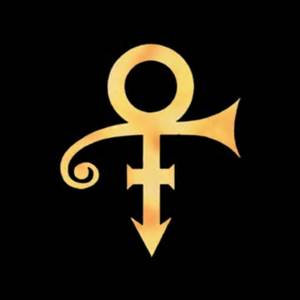 My One and Only Hugh Masekela Sighting

Happy New Year folks, I'm restructuring here and realize I still owe you an old-school countdown. I didn't want my first post to be an obit but this is a true story I can't get out of my head. As you may know, jazz trumpeter and anti-Apartheid activist Hugh Masekela died at the age of 78. At this time, there is no direct cause but, like many musicians who have left us in recent, I'm happy for his contributions.

However, I didn't realize some years ago how grateful I should've been to be in his presence or to celebrate what was a historic moment.

Back in the early 90s, I was a big super-brat woman/baby who really didn't know if she was coming or going. One day, I woke up and decided that I was going to attend Job Corp in Downtown L.A. because it was free.

It was not one of my best moments but on top of free job training, medical care and food (I didn't live there), I could go to events for free. Not long before dropping the program for good (I also worked a full-time job near LAX), I got an invite to see a newly-freed Nelson Mandela at the L.A.Coliseum. Didn't have to work that evening but me and about a half-dozen folks packed into some car and got pretty good seats.

Once again, very fortunate to have not experienced the nosebleed section. Looking back, the concert was long. Very long. And back then, on top of drinking and partying, I ingested a lot of caffeine (and this was a couple of decades before energy drinks were a way of life) so I can remember being near tears because I had to coordinate how to get back home without risking my life.

But in-between, I had a hoot explaining to my reformed gangbanger buddies why Paul Simon, Sting, and many others with pink toes were there to celebrate the South African hero. However, amusement turned into anxiety when Mr. Masekela went into a set that lasted more than an hour long. Sting and James Taylor's sets were less than 15 minutes and other notables (whom I don't remember) were restricted to maybe one song.

Since then I have not seen so much love and unity for mankind displayed on a single stage. Gangsta rap was beginning to cross into the mainstream and the riots were less than two years away. My generation has few leaders, as many seem to care more about commerce instead of a solution to make things better.

The irony is that while gangsta rap is supposed to be about being a badass, I've yet to see any of its representatives take a real stand against a minor injustice...just abuse or battery against a woman. Anyway, I still have a thing about Soul Train reruns and ran across this rare episode with Mr. Masekela and fellow trumpeter Herb Alpert.