Is Netflix Becoming What BET Should Have Been? 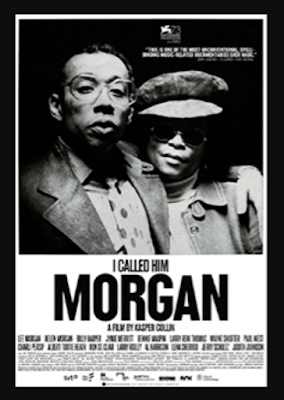 I'm not talking about the early days when viewers had a nice mix that included news, international culture, real entertainment, a blaxploitation movie, and a couple of throwback sitcoms (at least not in marathon format).  Those were truly their glory days and I won't dwell on the past since it can't be changed.  Personally, I still can't forgive them for changing the popular sitcom. The Game, for Seasons 4 and 5 and then making it watchable in the last 1-2 seasons. BOO!

However, things seem backwards as one of the top TV writers, Shonda Rimes, shocked many when she decided to terminate her long-relationship with ABC for Netflix earlier this month.  While I'd been a fan of many streaming services, it's just in recent I've realized that we still have the power when it comes to consumer numbers.

Perusing the channel, I see many straight-to-DVD titles, indie flicks and projects by veterans like Marlon Wayans.  Last night I realized that 2016's biographic, I Called Him Morgan is not something anyone can just boost from YouTube.  Either pay one of the big names $3-5 to stream for the next day or so, or cough up a couple more dollars and get set for several budgeted date nights (shout out to you cheap asses, I co-sign 100%).

So between streaming services like Netflix, Hulu (which shows older episodes of my new fav, Power), and Bounce TV's Brown Sugar (BTW. I'm back and they finally got their act together), there's almost no need for cable.  Most reality shows are monotonous and predictable, even when they call themselves being shocking.  The truth is that they are more degrading than anything (though I'm not mad at those who capitalize).

In short, if you want to save some money, fire your cable provider!
Posted by J.Swindell at 7:15 PM