Did Purple Rain Bump Miles Ahead? 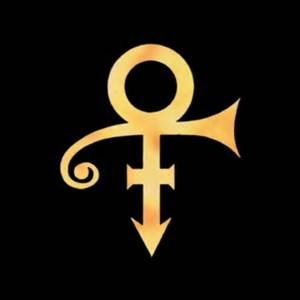 For years, I've been looking forward to the Miles Davis biopic starring Don Cheadle (who also directed).  He is one of my favorites and I think it's about time that the public become educated on the music industry as well as the trumpeter, who succumbed to cancer in 1995.  The timing seemed perfect until....we lost another genius on 4/21/16.

A day I'll never forget as long as I live but in getting back to regular life (and trying to ignore the speculative reports), I want to see Miles Ahead more than ever.  It came to only a few L.A. theaters in early April, and if a person (like myself) lives south of the 10 Freeway, wait until 4/22 for wider release ...or deal with Hollyweird traffic.

So last weekend, I'm looking through the AMC website, where there are about 4 theaters within a 10-minute drive and all I see are the usual standards (an A-lister, sci-fi or really violent flick, and at least one cartoon) and Purple Rain.

I'm one of those people who saw the movie several times during its original release back in 1984.  Despite having the DVD, I sometimes catch the heavily-edited musical on VH1 while doing chores. Although 1986's Under the Cherry Moon (P was a hoodrat gigolo looking for a quick comeup with a blue-blood type chick but meets an early demise instead) was more original and I liked the score better, I get it.  Let's celebrate life but why can't two brothers be on screen at the same damn time?

Cheadle's been in the game forever and these days, I can't wait for him to take a load off of Samuel L.Jackson.  Even if you've never heard of Petey Greene, Talk to Me is more than Taraji in pre-Cookie Lyons mode.  Performances were beyond excellent and I hope that I live to see more flicks like this instead of domestic/slave movies that the masses like to shove down our throat.

This is not a slap for those who do this in real life.  I realize that my degree, skills or contacts offer me no permanent guarantees in life.  So in winding down, I don't want to wait to see Miles Ahead or see it at a Redbox next month.
Posted by J.Swindell at 9:00 AM